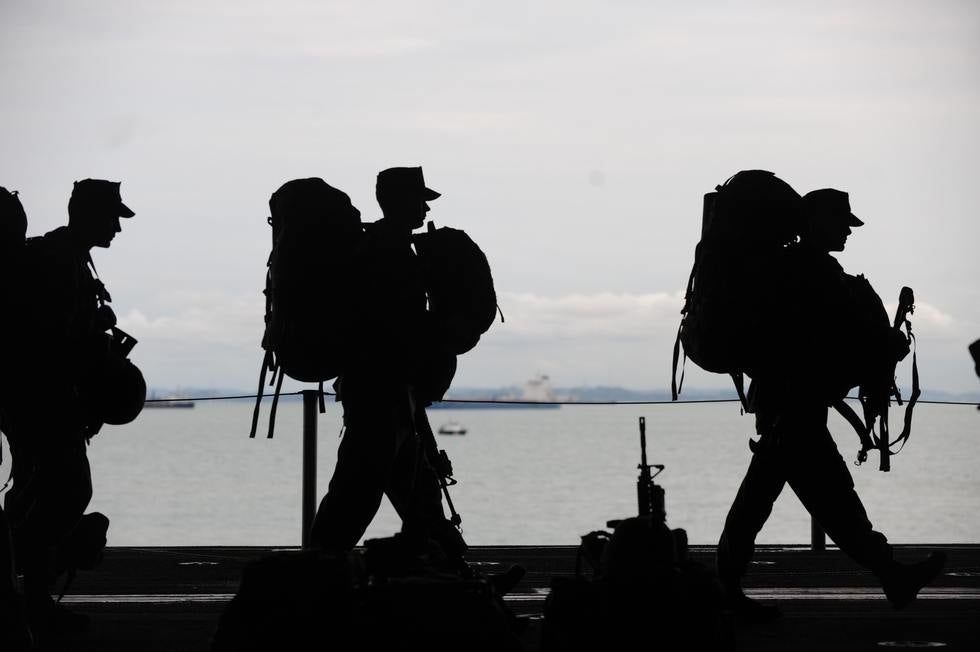 Last year for Veterans Day in our post we highlighted the plight of our deported veterans. The Biden Administration is taking a celebrated step this week to address this issue- it has announced a plan to track down deported veterans and their families as part of an effort to provide them with a path to U.S. citizenship and Veterans Affairs benefits.

Deporting immigrant veterans is a practice that has occurred under multiple presidential administrations, even though there is widespread bipartisan opposition of it. A U.S. Government Accountability Office report stated that between 2013 and 2018, an estimated 92 veterans were deported, but according to groups of deported veterans the numbers are much higher. The Marine Times has reported at least 1,000 deported veterans in Mexico alone.

The Announcement, made by Department of Homeland Security (DHS) Secretary Alejandro Mayorkas and Veterans Affairs (VA) Secretary Denis McDonough, states that DHS will work to support eligible noncitizen service members, veterans, and the immediate family members of service members to get on a path to citizenship. This means that DHS and the VA will work together to identify deported veterans who are still overseas. Although the announcement was light on detail, DHS said further actions will be released in the future, likely after a review is performed on removal policies and practices to avoid future unjust removals of current and former service members and immediate family of service members.

Putting service members, deported veterans, and their families on a path to citizenship is a notion that has widespread bipartisan support, among voters and lawmakers alike. Even so, bipartisan legislation introduced in the past has failed to advance. Senator Tammy Duckworth, herself a veteran of the Iraq War, has introduced a new bill to try to end the federal government's practice of deporting undocumented immigrants who served honorably in the military. Although commending President Biden on the DHS announcement, Senator Duckworth explained that it is “still critical Congress change the laws that allowed this to happen in the first place.” In a report released by Senator Duckworth's office, she shared horror stories of service members whose spouses were deported while the service members were on deployment.

Secretary Mayorkas stated that “We are committed to bringing back military service members, veterans, and their immediate family members who were unjustly removed and ensuring they receive the benefits to which they may be entitled.” VA Secretary McDonough added “It's our responsibility to serve all veterans as well as they have served us – no matter who they are, where they are from, or the status of their citizenship.”

If you or anyone you know are a member of our nation's military and want to naturalize to become a U.S. citizen, please contact us at (757) 422-8472, or send us a message on our website. You can also schedule an appointment with one of our attorneys by clicking on this link.