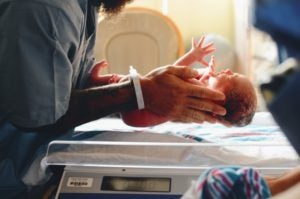 Photo by Christian Bowen on Unsplash

United States Citizenship and Immigration Services (USCIS) released a new policy recently regarding the children of some U.S. service members and government workers born abroad. The policy came as another surprising change amid weeks of newly announced immigration rules. When communicated through several news sources, the policy was fear-inducing and frankly confusing. Read on for clarification on what the new rule actually means:

What the New Rule IS NOT:

The Trump Administration's latest immigration policy is not a regulation that affects birthright citizenship as a whole. Birthright citizenship, in its common understanding, means that a child born within the United States is automatically born a U.S. citizen. Children born within the United States will still be born U.S. citizens.

What the New Rule IS:

However, the policy does affect the definition for USCIS purposes of what is considered U.S. soil abroad for automatically granting U.S. citizenship to children of U.S. citizens born abroad under Section 320 of the Immigration and Nationality Act.

Previously, in implementing  Section 320 of the Immigration and Nationality Act USCIS would consider all children born overseas to a U.S. citizen parent in the military stationed abroad  to have been “residing in the United States” and recognize the children as U.S. citizens.

Now, children who are born abroad to a U.S. citizen military parent or government employee will not automatically be U.S. citizens under Section 320 of the Immigration and Nationality Act.

Instead, such children will be recognized as U.S. citizens when the child actually “resides” in the United States in the legal and physical custody of the U.S. citizen parent pursuant to an admission for lawful permanent residence (a.k.a. green card).

The new rule specifies that “residing” has to be more than a vacation or a brief stay, and it establishes more stringent evidentiary requirements for proving “residence” in the U.S. in order to transmit U.S. citizenship to a child born abroad.

Essentially, this rule will affect the children of a U.S. citizen service member or  government employee stationed abroad by delaying when the child will be recognized as a U.S. citizen and adding more steps for doing so in certain cases.

This rule will most affect naturalized U.S. citizens who have a child born abroad with a non-U.S. citizen, while serving our government abroad, and the U.S. citizen does not have at least 5 years of physical presence in the United States (two of which have to be over the age of 14) before their child's birth to transmit U.S. citizenship to their child under Section 301(g) of the Immigration and Nationality Act.

The rule may also make it harder for married U.S. citizens to have their child born abroad recognized as a U.S. citizen by requiring more evidence that at least one the U.S. citizen parents had a “residence” in the U.S. prior to the child.

The rule, which takes effect October 29th, is explained in greater depth by a USCIS official here.  The new rule will not affect applications that are filed before this date.