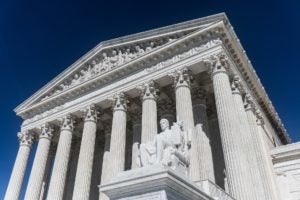 image by Mark Thomas of Pixaby

In an unexpected turn of events, the Supreme Court ruled 7-2 to lift an order blocking the Trump Administration's enforcement of a policy to ban asylum for migrants entering the Southern border who have traveled through another country en route to the U.S.

Although the ruling is technically temporary while the asylum ban case, Barr v. East Bay Sanctuary Covenant, plays out in the lower courts, it is expected to stay in place through next year's presidential election.

The ban affects any person claiming asylum who entered the country on or after July 16, 2019. This ban applies nationwide, including Virginia Beach and the surrounding Hampton Roads communities.  Under the policy, if a migrant has not applied for asylum in another country during their route to the United States, they can be denied asylum in the U.S. and referred for rapid deportation. Most asylum seekers at the Southern border are from are El Salvador, Honduras, and Guatemala, and those nations have some of the highest homicide rates in the world. Migrants from all three nations travel through Mexico, and are now expected to seek asylum there before seeking it in the U.S.  Naturally, this raises questions of whether these countries can actually provide a safe environment for these asylum seekers.

This agreement with El Salvador is the latest in migrant foreign policy agreements that the Trump Administration has attempted, following the Migrant Protection Protocols agreed to by the Mexican government this year. The Protocols are an agreement whereby certain people seeking admission to the U.S. at the Southern border must stay in Mexico through the duration of their immigration proceedings.

In stay rulings, such as the one the Supreme Court just ruled on, it's customary for justices not to explain the rationale of their opinion, so we don't know why some of the more liberal leaning justices decided to rule against asylum in this matter. However, Justice Sotomayor, along with Justice Ginsburg, made it abundantly clear why they dissented. Justice Sotomayor wrote of her discomfort with the government's absence of a public notice to allow time for the public input generally required by law, and noted that the policy “topples decades of settled asylum practices and affects some of the most vulnerable people in the Western Hemisphere.”