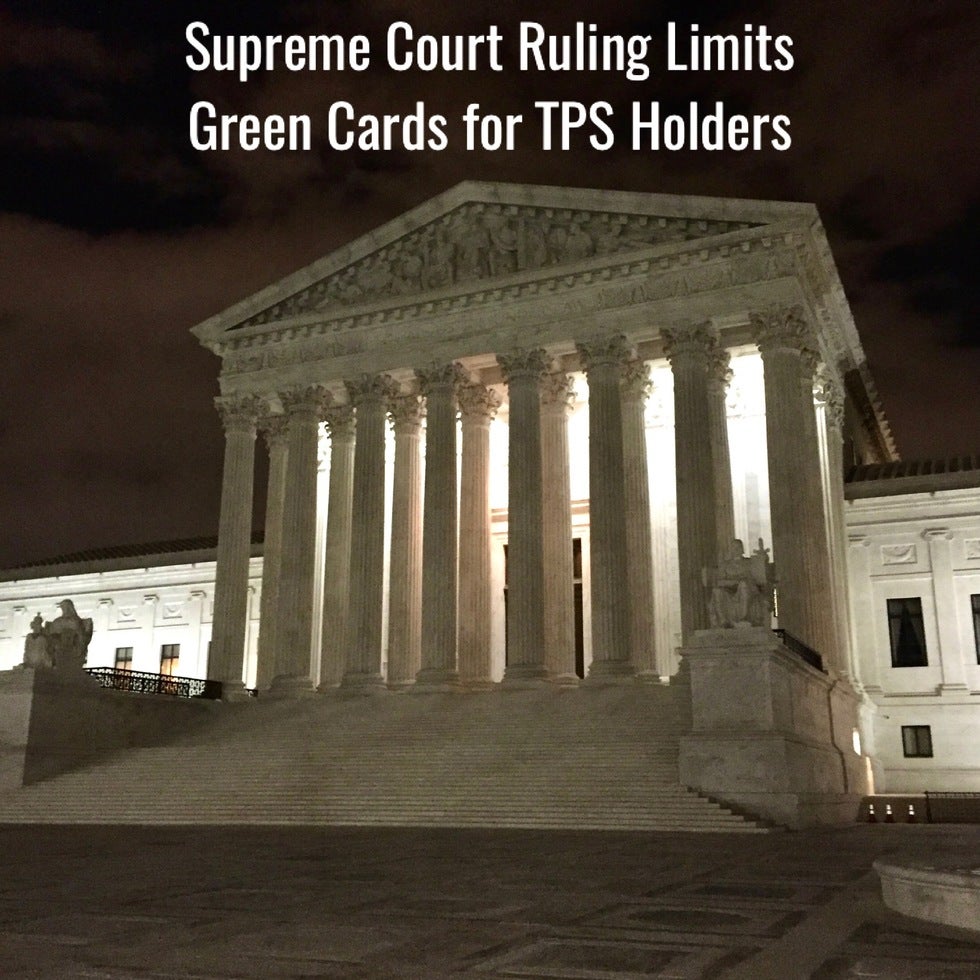 In a Court with multiple political leanings, the nine justices made a surprisingly unanimous decision to hold that noncitizens who have been granted TPS may not use that status to apply for permanent residency in the United States without leaving the country.

As Justice Kavanaugh referenced during this case's oral arguments hearing, this decision affects an estimated 400,000 TPS holders, but the people at the center of the case were Jose Sanchez and Sonia Gonzalez, a married couple from El Salvador who came to the United States without authorization in the 1990s. They have maintained TPS for 20 years, but their application to adjust to lawful permanent residency (LPR) status was denied, amid a court ruling that their original unauthorized entry disqualified them from consideration for a discretionary grant of adjustment of status.

Unlike other government immigration stances that changed upon Biden's inauguration as president, the Biden Administration did not change its position in this case from the Trump Administration's, and continued to argue that TPS holders should not be granted permanent residency through adjustment of status. Significantly, the Court's opinion in this case (written by Justice Elena Kagan) reserves the issue of whether a TPS holder who is “paroled” into the country may be eligible for an adjustment of status later. Justice Kagan's opinion marks the difference between “status” and “admission,” noting that Congress distinguishes between status and admission in the treatment of noncitizen victims of serious crimes in the United States. This decision reiterates the government's position that once a TPS holder's status is revoked, they are expected to return to their home country.

President Biden has promised prioritizing family unity and easier immigration processes, and this Supreme Court decision puts increasing pressure on Congress to address the issue.  As with many other recent immigration decisions, it is now up to Congress to provide a path forward for immigrants, specifically in this case TPS holders.

If you have questions about Temporary Protected Status or how you might be able to obtain lawful permanent residence through adjustment of status please reach out to us at (757) 422-8472, or send us a message on our website. You can also schedule an appointment with one of our attorneys by clicking on this link.