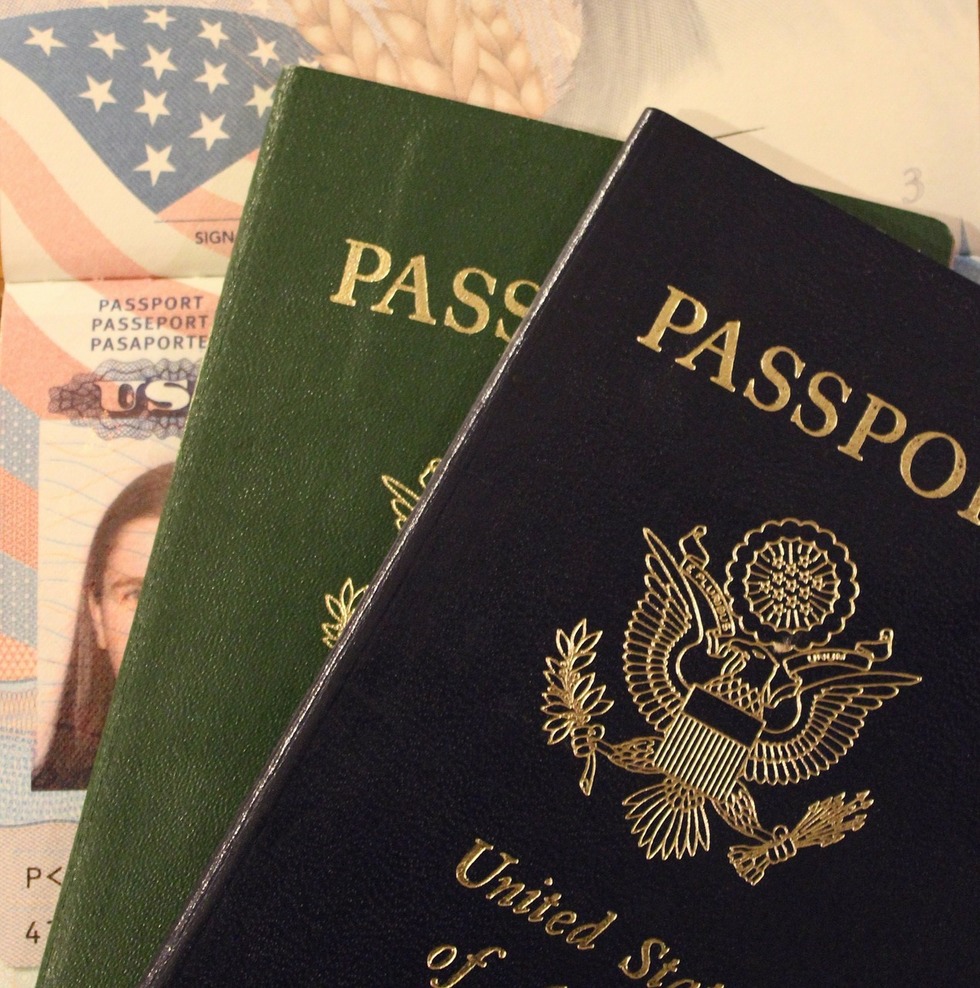 Image by PublicDomainPictures from Pixabay

None of those households were able to receive the $1,200 stimulus check given by the federal government after the CARES Act was passed.

Now, the Mexican American Legal Defense and Educational Fund is suing the Trump Administration on behalf of six plaintiffs who argue that the Cares Act “discriminates against mixed-status couples because it treats them differently than other married couples, in violation of the U.S. Constitution's Fifth Amendment guarantees of equal protection and due process.”

So why haven't some U.S citizens received their stimulus checks?

The Cares Act excludes those in mixed immigration-status households, where tax filers or their children may use what's called an Individual Taxpayer Identification Number (ITIN). Unauthorized immigrants do not have social security numbers, so the government gives them ITINs so they can pay taxes, which has always confounded many. Why does the government say you cannot work illegally but at the same time say if you do work illegally you must pay taxes with an ITIN?

$11.74 billion to state and federal taxes each year. Yet even with this massive contribution to taxes, under the Cares Act, if anyone in a household used an ITIN – either a spouse or dependent child – no one in the household qualified for a stimulus check unless one spouse served in the military in 2019.

Most married couples file taxes jointly because of the tax benefits, but in this case couples with mixed-immigration statuses had no idea that filing taxes jointly last year would exclude them from benefits that the rest of the country has been receiving. Many mixed status families in Virginia Beach and the surrounding Hampton Roads area have been affected by this exclusion and did not receive the much needed stimulus checks distributed by the government.

Lawyers representing these lawsuits argue that by excluding people with ITIN numbers from the stimulus checks, the government is punishing U.S. citizens and depriving them of fundamental constitutional rights.

The Cares Act was passed by Congress rather quickly, and it appears that some members of Congress were not even aware of the way that it excluded mixed immigration-status families. Senator Marco Rubio (R – FL) told Telemundo last week that he was unaware that U.S. citizens married to undocumented immigrants were denied assistance. Rubio said that he would like to intervene, and stated that “Somebody doesn't lose their citizenship or their rights as a citizen because they're married to somebody who doesn't have documents.”  We fully agree with Senator Rubio's common-sense assessment.

We will be watching closely to see who the next coronavirus relief package includes, and does not include, and will be updating you as to the status of these lawsuits.

For some options on what you can do if you did not receive a check, read out our follow up post here.  To connect with others affected by this issue, you may want to join "Mixed Status Families United," a Facebook group whose members are that covers of many of today's lawsuits fighting against the discrimination in the CARES Act, and working on current resolutions for future relief. You can visit the Facebook group here.

I would love an update on this. I am one of those families. Me and my 2 eligible kids were denied and both me and my husband have been out of work Because of COVID-19.

Hi Alison, thank you for visiting our site. I am sorry to hear about your situation. We know several families that also did not receive their stimulus checks, which we believe was an unfair discrimination against US citizens. We will be posting an update on this topic soon.

Alex, thank you for sharing your story. It is an example of how law abiding individuals such as yourself were wrongfully excluded.

Rubens, we will be posting a follow up with a few options soon.

Criatina, we agree it is unfair for you and your daughter to be excluded from receiving this much needed assistance. We will be posting a follow up soon regarding some options you could take.

As a tax paying American citizen, I was ineligible for the stimulus due to who I chose to marry. My partner has a ITIN and pays taxes but was also excluded from any stimulus payment. Seems wrong for anyone paying taxes to be excluded but especially Americans that were born and raised her in the states.

Thanks for sharing your thoughts. We agree with you that it is wrong for the government to have excluded you just because of whom you love. We will be following up shortly with another post on this topic.

Please direct your guests to a Facebook page named “Mixed Status Families United”. We are the covers of many of today’s lawsuits fighting against the discrimination in the CARES act and working on current resolutions for future relief. https://www.facebook.com/groups/254478795952515/?ref=share

What can I do if my husband came in January 2020 as a green card holder, but we used his Itin number to file taxes on January and he got his Social Security card in March? Non of us received stimulus check because the IRS only followed taxes information, not actual legal status and SS number.

Thank you in advance

Does anyone have an update on this topic? Although I went ahead and didn’t filed jointly for 2019, i still didn’t received a stimulus check.
Not sure if this will affect us somehow but. Anyways, are the rules still the same? Do US citizens married to illegal immigrants get the second stimulus or not?

My wife is not even undocumented. She has received her 10 year greencard but since last year before her immigration case was finalized, we filed taxes jointly with her ITIN, this year we submitted a request to the ITIN issuing office of the IRS in San Antonio, TX to substitute her SSN for her ITIN (or merge/ combine the two numbers) so we can file our 2019 taxes properly. It has been 5 months that we haven’t heard back from IRS. They are or have supposedly been shut down due to COVID-19; not only we none of us is getting the stimulus check, we cannot even file our last year’s taxes. Its as if we do not exist! This is just not right. What are my options?

i want to join that law suit, im perment resident and 2 kiz are us citizen.husband doent have legal document . i need stimulus check at least 3of us

Hi. My 2 children and myself who are all 3 born in the United States didn’t receive the stimulus check as well. My husband who is a Mexican citizen has been trying for years to go through the process and now because of the Covid19 we have been placed on hold for his appointment. We file taxes every year and do the “American Way” just to be treated like a 2nd class citizen. This isn’t fair, we deserve the check as well as anyone else. Me and my husband both are out of a job due to covid19 and that is totally out of our control. How could anyone be so cruel to deny us of money just because I love an “illegal” and my childrens blood is mixed?! Pathetic excuses of people, that is for sure!!!!!

Rhonda, thank you for sharing your thoughts and are sorry how your family has been impacted by the pandemic. We agree that it is completely unfair to deny your benefits, especially now during the pandemic when so many Americans need it most. You may also check out our follow up post to this topic https://www.valverdelaw.com/what-can-i-do-if-i-didnt-get-my-stimulus-check-because-of-my-family-members—-immigration-status

Hello Rod, that must be terribly frustrating. It is not right. For some options on what you can do see our follow up post: https://www.valverdelaw.com/what-can-i-do-if-i-didnt-get-my-stimulus-check-because-of-my-family-members—-immigration-status

Thank you for your service to our country, and we agree with you that it is a slap in the face to American citizens, especially those such as yourself.

Hello thank you for sharing your thoughts and frustrations. We agree that is completely unfair to deny US citizens such as yourselves the needed funds that other US citizens received.

I see I’m not the only one…I was only working part time for an essential business. My wife has a ITIN number but doesnt work illegally. I’m an American citizen, still no stimulus check.

What is the status of the lawsuit filed on behalf of spouses of undocumented immigrants with ITIN numbers ? If my spouse received a social security number in June can he now receive a stimulus check previously denied ?

How do we join lawsuit?

I also am a tax paying citizen who was left out because my husband is not a citizen. I have three children that are my responsibility. What an injustice this was to us. We suffered because of it. Shame on those that deprived us of this benefit. Please keep me updated as to the status.

Deborah, we are sorry that your family was unfairly denied this needed benefit. The MALDEF litigation is presently pending and we suggest following our blog to stay up to date on the latest developments.

Hello Brint, please see our post to see what you can do https://www.valverdelaw.com/what-can-i-do-if-i-didnt-get-my-stimulus-check-because-of-my-family-members—-immigration-status

Hi, thank you for posting on this. It is so sad how many have been negatively affected by this. The link you posted to join the class action suit did not work… any ideas? Thank you!

Hi Mary, thanks for your comment. To join in the lawsuit one is already included automatically since it is a nationwide class action lawsuit. For more info see: https://www.maldef.org/wp-content/uploads/2020/05/FINAL-Amadorv.MnuchinQA-05.14.20-1.pdf