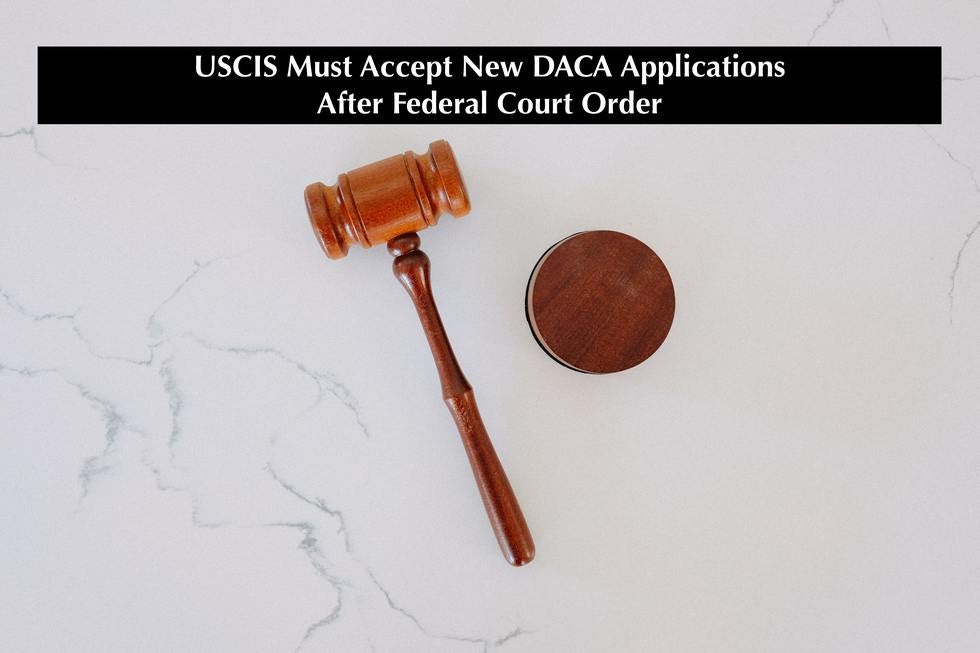 Did you hear about the Supreme Court decision on DACA three weeks ago and then excitedly try to apply for DACA, only to be told that new applications were not being accepted?

If this sounds familiar, you were not alone in your experience.

On June 26, 2020 we published a blog entitled “What You Need to Know About the Supreme Court Decision About DACA.” We were quite happy to report that the Supreme Court had ruled 5-4 that President Trump's attempt to end the Deferred Action for Childhood Arrivals (DACA) program since he took office had not met its legal standard.

The Trump Administration was given 25 days to file for a rehearing, and despite not filing, it was reported that USCIS employees had not received any guidance on the Supreme Court ruling or new DACA applications. New DACA applicants reported receiving notices from USCIS that the agency was “not accepting initial filings.”

On July 14, 2020, 33 U.S. Senators wrote to the President, urging him to comply with the Supreme Court's decision and start accepting new DACA applications.

Now, the Federal Judiciary has stepped in to ensure that happens after the Supreme Court's decision.

On July 17, 2020 a federal judge in Maryland ordered the U.S. Department of Homeland Security to restore DACA to the way it operated before the administration tried to terminate it in the fall of 2017.  So, unless the government wants to openly violate the court's order, it needs to accept new DACA applications.

Although the Trump Administration indicated it planned to issue a new cancellation of DACA immediately after the Supreme Court's decision, it has not done so.  Thus, in our view USCIS must accept new DACA applications now under the court's order.

To determine whether you meet the requirements for DACA you can visit our site or contact us.