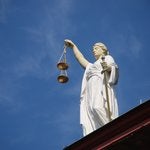 “Good moral character” is a term that the average person doesn’t hear much about, but if you are applying for immigration status in the United States you are quite familiar with. According to the Immigration and Nationality Act (INA), the standard of “good moral character” requires adherence to the generally accepted moral conventions of the community, and criminal activity is probative of non-adherence to those conventions. A recent decision handed down by the Attorney General now creates harsher parameters for a lack of “good moral character,” commonly shown by multiple DUIs.